The VR Technology is not something new, as it has been around for the past 20 years. However, there is now a new push to drive the technology to consumers. 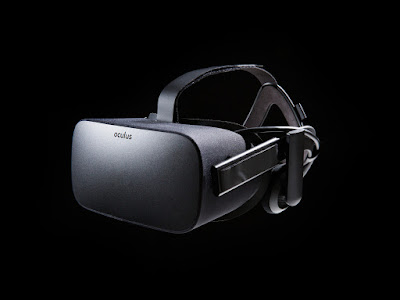 Following the initial comsumer solutions and hype in the 1990s, Samsung's Gear VR and Google Cardboard, technology companies such as Facebook, Google and Microsoft are other main influential trend developers by utilizing mobile devices such as smartphone and tablets. As a result, there is now competition for each company to establish itself as the next global player in this new created market.

The HTC Vive is due to appear very soon, another technology introduction is the PlayStation V, however the real innovation is now the Oculus Rift. As this latest development, is the first high-end consumer VR system to come to market.

There are a number of “Oculus Ready”- certified computers you can buy, or even bundles that let you snag a Rift, and a rig to run it on, at a slight discount. Once you’ve download the installer, updated your graphics card driver, and run through the full calibration setup, it could be 30 minutes or more before you get any actual VR.

The headset itself, is designed to be as comfortable as possible. The sides are spring-loaded, so once a user has correct adjustment it can be taken off and put it on without any further adjustment.

The device comprises of two custom AMOLED displays screens running at a combined resolution of nearly 2.5K, presenting images to you as stereoscopic 3D. The integrated on-ear headphones might deliver amazing good sound. In fact, that sound is a big ingredient of the immersion: the spatialized 3-D audio both distance and direction are accurately reflected, which means that sound can be more exhilarating. The headphones are also removable.

Underneath the fabric on the eyebox and the rear triangle of the headstrap are a constellation of infrared LEDs, which allow included IR sensor to track your headset in space. The positional tracking that that allows crouching and leaning to get a new perspective on your virtual world is one of the most significant differences between a mobile VR device and a higher-end headset, and it’s also an absolute must for most things a user is going to do using VR technology. While 360-degree videos and pictures don’t take advantage of positional tracking, nevertheless games do. And games are by far the most robust use case right now, a fact that’s obvious from the moment you step foot in Oculus Home, the launch environment of the Rift.

The Gear VR has a similar environment, but if a user owns a game console they will be familiar with the interface immediately: available content shows up in the central menu, with recently played and social tiles off to each side. Currently the feature to add friends isn't available from within VR, for that, a user will need to use the Oculus app on their Computer, which can also be used to download and update games,

The Rift automatically exports a non-stereoscopic render of its output to your monitor (or TV), so that other people can see what you’re seeing. Inside the fabric-covered contraption, it can be seen a computer-generated room looking through a fine mesh. The field of view seems a little small. However, when moved the head, the room is all around. Whichever way a user will look, lean, bend down, the user perspective shifts/changes as if the user was actually there. It is certainly not like having a small TV screen strapped to a user's face. The straps are quite comfortable, and only need adjusting once.

Currently costs around six hundred US dollars, plus the upgrade needed on personal computers.