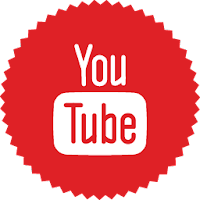 Google only friday announced more updates to its popular service YouTube. It now follows, that many more users will soon be able to use the great capability of live streaming.

The pre-requisite for YouTube users to use this capability is that their channel needs to be in a good standing and include a minimum number 100 channel subscribers. As a result, it is safe to assume that many more users (such us our channel YODspica) are soon capable to live stream of which in our case it suits perfectly as we have a great event coming up in September that we would like to use this capability.

It was previously announced by Google, that it was lowering the limit 1,000 subscribers in this context it appears that Google is reaching out to users which may not have popularity of many larger user channels but have the potential to create great content despite currently having at least 100 subscribers, but it shows that they already have a loyal audience.

Following this latest update, it is now also possible for users to upload custom thumbnails on videos. However, users are reminded that there is a possibility for this capability to be removed individually if users do not follow the YouTube Community Guidelines. Also included in this update, is the capability to video edit shows by adding annotations to link externally (examples: online stores landing pages or set user associated websites).

Furthermore, the feature of related videos can be set. As stated by YouTube users will be able to “show viewers of your videos the next episode from the series and a link to the whole playlist. Just mark your playlist as a “series” in the playlist settings”. And last but not least, with this new update YouTube users which have accounts verified will automatically become YouTube partners.