LinkedIn has announced a new tool FeatureFu which is to become open source for all software developers. 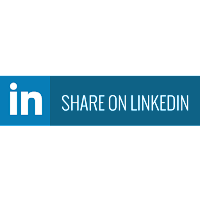 This offer by LinkedIn which is based on its “feature engineering” so that is accessible to software developers from around the world.

In Machine Learning or sometimes refereed by some people as Artificial Intelligence, works by using detailed knowledge of the relevant data that users have at their disposal and then using that to build machine learning models.

LinkedIn states that most large-scale recommendation systems tend to be managed by at least two teams: one that handles the offline modeling and one that takes care of the online feature-serving/model-scoring part of the system.

“Many large-scale recommendation systems are brittle and vulnerable. FeatureFu allows for creative and agile development on these systems so that shipping new features doesn’t take weeks or even months,”

"FeatureFu could become a common technique for many machine learning systems,” he said. “It enables feature engineering to be more agile, which is one of the keys to success for machine learning applications. So we wanted to share our work with the industry.

FeatureFu uses a small Java library called Expr that developers can use to transform and build upon an existing set of features. “Once deployed to an online feature generation framework, it eliminates any further need for code-change to ship models for a wide range of derived features,”