Inbox, A Next Generation Email Platform For Cross Messaging Syncing

A new technology startup partnership called Inbox has recently been announced by Dropbox and MIT, where its solution is attempting to become the next generation of email applications. 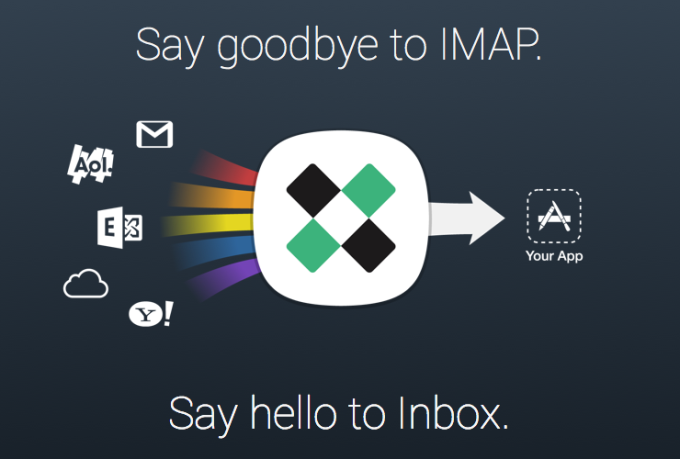 The processing resembles to the also newly launched Gmail API,  However, Inbox design does offer a more modern way to build apps that access end users inboxes. Furthermore, Inbox users do not need to rely simply on Gmail, rather they can also use it email from with Yahoo, Microsoft Exchange among others.

Google first announced its new “Gmail API” at its Google I/O developer conference earlier this month, which offers developers who build email applications new tools to access messages, threads, labels and other parts of the Gmail inbox without requiring full inbox access. The idea is to reduce the reliance on older protocols, such as IMAP. Inbox focus on a specific feature sets including snoozing email messages or only sending emails on behalf of an end user.
The strategy of Inbox is not to offer a suite of developer tools, rather to offer and create a new email standard. The sync engine is available for free on GitHub. It currently works with Gmail and Yahoo mail, with plans to expand soon to all IMAP providers. Enterprise users on Microsoft Exchange can request access to the Inbox Developer program, which supports ActiveSync.

Developers are able download the Inbox engine, sync an account, and start building on top of the platform in a local development environment.