PayPal UK is from today offering its mobile app users (iOS and Android) an interesting new feature which is pre-ordering food before users arrive at restaurants for their meals. 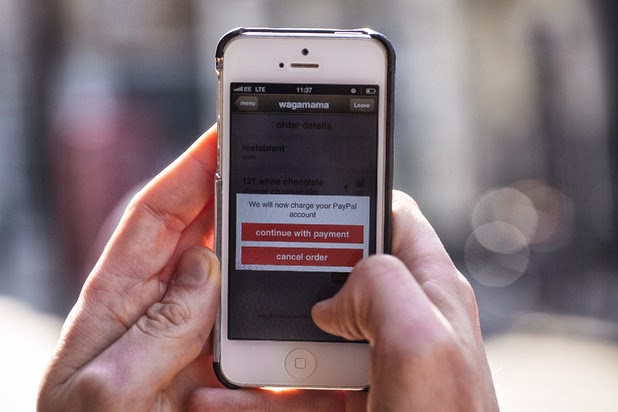 Users can then also use their PayPal app whilst dining at a restaurant so that they can simply authorise payment with a four-digit code. This innovation for the UK consumer market means that users will no longer need to present a payment card to complete financial transactions.

This feature was first seen and called "Pay At Table" and "Order Ahead" last year in the U.S. Concurrently, outside of Europe PayPal Australia appears to also being introduced the mobile app features into its market. This latest implementation follows on the previous feature which was introduced last year named "pay-by-picture" service, which growing into more locations.

Early business adopters include places like Wagamama, Gourmet Burger Kitchen and Prezzo. The way it works with this new service is that the system integrates with all standard electronic point-of-sale systems. For users to be able to use "Pay At Table"  they will need to be “checked in” into one of the adopter restaurant and then users will receive a code auto generated by the restaurant.

It then follows that with the code it can be entered into the app so that payment can be processed for a user's meal, furthermore it is also possible to share with a user dining companion a bill splitting processed with a line or by percentages. Subsequently in the eventual case where a user forgets to pay, then the restaurant can later apply the charge.