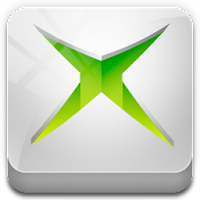 Microsoft is making available its popular Xbox games including PC games to be delivered on smartphones according to this news for general smartphone users.

The way its works that Microsoft has made a licensing deal with Japanese app developer Klab Inc. Where it will possible for Xbox and PC older games to be available on mobile devices.

Following this report news, it appears that the Xbox and PC games are to be available on iPhone and Android mobile devices. The first game title released will be Age of Empires, available towards the end 2013 as a free-to-play app.

The news comes after reports of advanced acquisition talks between Microsoft and Nokia is no longer going ahead.

It is also being reported that Microsoft CEO Steve Ballmer is to conduct a restructuring plan. Following the published Steve Ballmer vision.

This news does not change the fact that the new Halo , is to be made available solely on the Windows Phone and Windows 8 portable devices. Nevertheless the older games availability will certainly be a popular move by Microsoft for Xbox gamers and general users thus increasing its reach among general smartphone users.