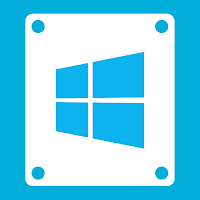 The new release update for Windows 8 is to be named Windows 8.1 and will launch as a public preview on the 26th June (which coincides with Microsoft's Build developer conference), Microsoft has today announced.
It also follows from Microsoft Tami Reller presentation at a Conference in Boston today, where she stated how Microsoft will continually update Windows in order to create and innovate for “a richer experience”.
This new release update will also be available for Windows 8 ARM-based Windows RT.

Furthermore, a new update coming in the summer on the Windows Phone 8 OS update which contains improvements for Wi-Fi connectivity, messaging, support for CalDAV and CardDAV in order to run Google contact and calendar syncing services. Furthermore, a reintroduction support for FM radio, capability to select, download and pin tunes in Xbox Music and improve the accuracy of song information with metadata.
Feel free to add your comments to this post, thank you.