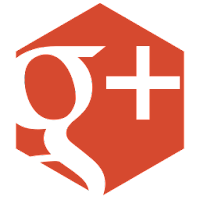 Google+ now has a new update on Google+ Photos, this new update add new functionality to the platform where the major new functionality is focused on automation. Particularly on the task of the time consuming photo editing process so that the user experience benefits and the new functionality helps users with their photos enhancements and including its photo sharing in a more effective manner, thus leaving all the intensive work for Google automated tool and animations.

With this new update, as an examples photos on Google+ can simply be processed automatically in order to enhance the tonal distribution in an image, soften skin, sharpen certain parts of an image or even remove noise.

Furthermore, there is now an "Auto Awesome" feature that can automatically detect when an image is part of a series and stitch it together in one image or produce an animated GIF.


This new update is now live and Google has taken the liberty already of presenting “awesome” images from all users photos that can be seen at their photos in Google+.