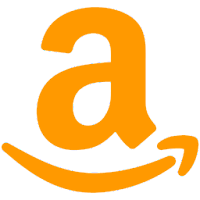 The Amazon App Store is only currently present in seven countries, nevertheless its near future plans are to being available worldwide very soon. Following a recent published Research, this app store is experiencing considerable growth and does have a bright future where Google and Apple didn't experience this kind of growth in their initial development stages.

Currently the overall App paid market (including music) is being evaluated where its worth is estimated to be around $30 billion in just five years. As a result software companies are seeing this market as a place not to be missed regardless of the publication store between Microsoft, Apple, Google Play or Amazon store. The platform leader for free apps is the Google Play store, where Apple store is the leader for paid apps.

The advantage of the Amazon store is that most its users tend to purchase apps and items including its popular and rich library of e-books.   This analysis also follows on a recent Reuters report where it was noted that app revenue from the Google Play store revenues are now at a higher 90 percent in the first quarter of 2013, when comparing to the same period of 2012 (although most of the growth came from the Asian market).