Amazon Creates Own Virtual Currency, for Use at Amazon Appstore 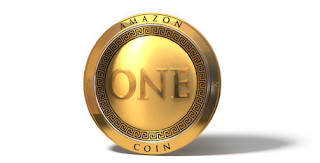 The web giant Amazon is creating its own virtual currency for its users, it was shortly announced the new feature that will be available for owners of the Kindle Fire by allowing purchases on in-app dedicated Amazon functionality linked to the Amazon Appstore.

The full public service starts in May only in the U.S. for the time being, where following our sources, Amazon is to promote the virtual currently by engaging directly its individual customers with special offers with an investment total of around  tens of millions of dollars to be distributed and converted as virtual currency as Amazon coins. It then follows, that Amazon customers will be able to pay and purchase for apps or in-app with a choice of their current credit cards or with the new Amazon coins. However the new virtual currency cannot be used to pay for subscription services.

An interesting opportunity for software developers is that they will be able to receive 70 percent of purchases made at their developed apps that have built the functionality from users, and this percentage income for developers also includes users credit card purchases.

The way it works is that from the Amazon Coin FAQ, one Amazon Coin equates to one cent, as a result an app with a sale value of $2.99 it represents 299 Amazon Coins as the cost for users.