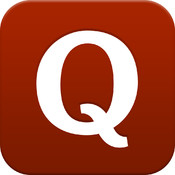 Quora now has new features to benefit its users, it now includes a new blogging platform of which users that create content will see the blogs posts being automatically distributed into Q&A on the Quora site. As a result, Quora users that follow particular interests or topics will see on its related interests topics a display of published blog posts from other Quora users with similar interests.

This new feature also includes a new mobile text editor. This new development follows in a context where Quora’s had previously announced features that would go beyond questions and answers, and a statement was published recently by one of its co-Founders:

“The internet was supposed to allow anyone to set up a web page and share their knowledge with the world. But in practice it’s too difficult and takes too long and almost no one does it. Blogs are easy to start, but unless the author is famous, it takes years to build a following. More than a billion people use the internet yet only a tiny fraction contribute their knowledge to it.”

So from today,  Quora users can now create as many blogs and posts at their choosing either on or the web or via a smartphone with tools like rich text editors and embedded images capabilities. The way it works is users can also tag or share their blog posts or even an entire blog as a related topic from any of the 300,000 topics currently on Quora. The popularity of the posts will be measured and promoted from the engagement activity of users where their up-votes, comments, and shares will thus represent the greater visibility on the platform and thus reading / viewings on the published content.

The new Quora blogs is a more advanced feature following the Quora Boards, where is this case the Board work by letting people post non-Q&A content.