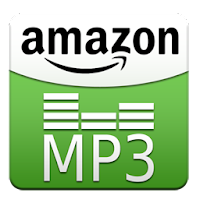 Amazon continues to be the largest on-line retailer, it then follows that now has a new service for music lovers. It is called Amazon AutoRip, this new service has new unique benefits to its users, namely giving free access to MP3 versions of music tracks from around 50,000 albums. Furthermore, it offers its users the capability of receiving digital copies of CDs that have been purchased on the Amazon store. In this context, users that have previously purchased music from Amazon are also entitled to claim and receive a CD copy.

This is currently a differentiating factor when comparing with Apple and Google on capabilities, as a way to leverage music attractiveness on its store. Nevertheless, Amazon historically was the first store to have made available music directly from the cloud via the Cloud Player, however currently is far behind Apple iTunes, and other service providers such as  Google and Spotify are catching on.

Following a recent report by NPD Group, Apple has 64 percent of the market share in comparison with the 16 percent of Amazon.

Steve Boom, vice president of digital music at Amazon, stated: “A lot of the music people are putting in the cloud is music that they ripped from CDs. We’re providing a service that’s reducing friction.”