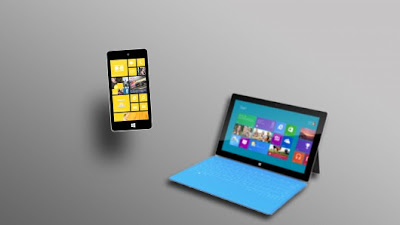 It is being reported that Microsoft is developing a smartphone. The current prototype appears to be smartphone with a screen between four and five inches, of which does follow the pattern on recent designs from Apple and Android handset OEMs.

Nevertheless this development does follow the strategy which was first stated by Nomura analyst Rick Sherlund, that Microsoft is working to custom build their own Windows Phone 8 smartphone. Furthermore, on the Boy Genius Report a confirmation was received by Microsoft itself. In this context, the Surface is the new solution arriving to embrace the new theme "Reinveted around you", also recently Nokia's CEO Stephen Elop stated Microsoft-made device would be a boost to the entire Windows Phone 8 device sales ecosystem.