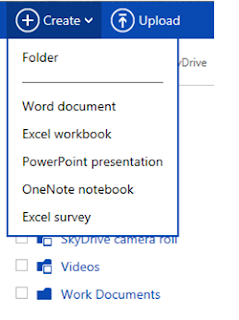 Microsoft today announced a new update to its Skydrive tool of which now contains new features. Among the new features includes a recycle bin and Excel surveys. The new recycle bin feature allows users to recover files that may have been mistakenly deleted, this does not however change the current default settings where Skydrive auto saves previous versions of Office documents.

The other announced new feature called Excel survey is in some ways similar to the current offering by Google and its Google Forms. Nevertheless this new feature is not yet available to all users.