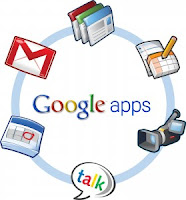 It was announced today by Google on a post that Google is dropping support for Microsoft's Internet Explorer 8 for its offering solution tools of Google Apps. This comes in a context where Windows 8 will have Internet Explorer 10 as standard.

It is expected that this new development, will leave many current Microsoft Windows XP powered machines and its users with no alternative following this announcement by Google, particularly in this case where Windows XP users cannot install Internet Explorer 9 as an alternative on their desktops.

Nevertheless, windows XP is now over a decade old with a worldwide market of around 42% source. And only recently Windows 7 overtook Windows XP, so this announcement will have a significant impact for XP users that rely on Google Apps.