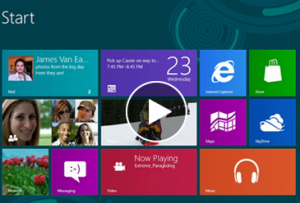 Microsoft has been quietly preparing Windows 8, however some details have emerged recently, such as Windows 8 date is October 26. Furthermore, a new standard design visual named Metro style has been implemented and thus revamping most of its consumer and cloud solutions user interfaces, such as skydrive and outlook in preparation for the big launch event.

With regards to the new Windows Phone 8, today there was an interesting development with the presentation by Samsung of the first Windows Phone 8. Furthermore, Nokia soon will within the next week or so, showcase its new devices in the US and  HTC Windows Phone 8 is scheduled to also showcase sometime in mid-September.

Following our sources, we can now provide some detailed dates:

October 25, Microsoft's big launch event for Windows 8 and the Surface RT, with the available products after midnight.