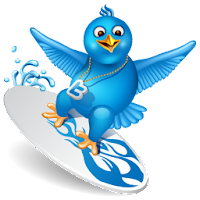 In an overall context, the web technology services currently active over the internet, there is an understanding by almost all and accepted that it is important to have dependencies based on Linux operating technology.  Furthermore, many technology businesses continue to join the Linux Foundation, which is a “nonprofit consortium dedicated to fostering the growth of Linux.”

The Linux Foundation purpose is to provide a neutral base where businesses and users can interact, collaborate and contribute to Linux’s development, as a result it includes many important Linux Foundation members such as IBM, Intel, Google, HP and Oracle.  The big news today is that Twitter will be join next week.

Chris Aniszczyk, Manager of Open Source (will present at  LinuxCon), Twitter stated “Linux and its ability to be heavily tweaked is fundamental to our technology infrastructure... By joining The Linux Foundation we can support an organization that is important to us and collaborate with a community that is advancing Linux as fast as we are improving Twitter.”