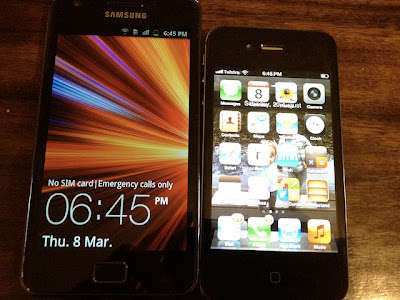 Samsung won and was awarded legal costs on a Japanese court, following its claim that its smartphone technology did not use patents from Apple. This new development provides consumers with a clear doubt on Apple's claims.

In further detail,  the three judges panel on a Japanese court stated that Samsung did not use technology based on patents from Apple's iPhone and iPad built on Galaxy smartphones and tablet.

The statement by Judge Tamotsu Shoji: "The defendant's products do not seem like they used the same technology as the plaintiff's products so we turn down the complaints made by (Apple)".

In this context, these current court rulings come on a scenario where Samsung uses Android operating system developed by Google and has shipped 50.2 million smartphones globally between April and June, whereas Apple sold just 26 million iPhones, source IDC.

A Samsung statement was produced shortly afterwards: "We welcome the court's decision, which confirmed our long-held position that our products do not infringe Apple's intellectual property".Feel Free to add your comments to this post, thank you.