Kred Story, A New Visual Stream of Your Social Media 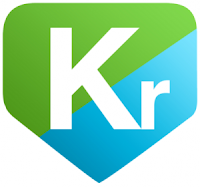 It is also possible to explore social streams from anyone, favourite brands and popular publications. As an example by typing @name like @CNN, @Wired or @BoingBoing produces a scannable overview of their most influential content.

Furthermore, a hashtag can be entered to display users that are trending and engaging on an event, etc .  It seems that kred is following on the rebelmouse visual displays innovation.