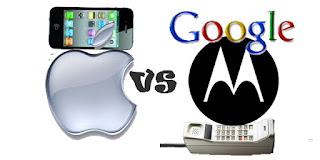 It is now apparent that Google Inc. Motorola Mobility have started proceedings by officially complaining about Apple technology that has been used in its mobile devices. Google wishes if possible to block the sale of Apple's mobile devices in the United States that are manufactured and imported from Asia, as a consequence for the patent infringement case that Google has presented in regards to Apple Inc.

The technology claimed by Google via its Motorola division includes the Siri voice-recognition technology, which was presented to the U.S. International Trade Commission a total of seven Motorola Mobility patents. The patented technology claims include location reminders, e-mail notification and media players.

This was the statement by Motorola Mobility “We would like to settle these patent matters, but Apple’s unwillingness to work out a license leaves us little choice but to defend ourselves and our engineers’ innovations.” source.