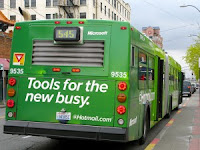 Email provided over the web directly on internet browsers reached its popularity peak in the late 1990s, by today's standards the service has greatly improved due to user demand capabilities, furthermore in a new development it has been announced that Microsoft will drop the Hotmail service after sixteen years since it began operating, as a result will replace and offer its users a new improved service at Outlook.com.

Microsoft will offer new rich features at Outlook.com where users will benefit from an much capable upgrade, this announcement comes in the context where the latest webmail upgrade came around eight years ago.

In spite of this, hotmail still has around 350 million users worldwide, however Microsoft sees that hotmail is lagging behind other services such as  Google's Gmail. Where in comparison, Google gmail users have grown to 425 million users just in the past five years.

It was published recently by web metrics company ComScore, that despite this apparent fewer users, Hotmail has nevertheless higher traffic when comparing to its near competitors. In June 2012, Hotmail had 324 million monthly visitors, compared to 290 million at Yahoo mail and 278 million at Google's Gmail.

Shortly, all Hotmail users will receive invitations and help procedures to enable to transfer and move their email accounts to the new Outlook.com.

Microsoft's Chris Jones stated: "Outlook.com would offer a less-obtrusive email experience, with fewer display ads and new connections to social networks including Facebook and Twitter. Users will be able to see status updates from friends and followers on Facebook and Twitter with a new feature on the revamped email site. We think the time is right to re-imagine email. We realised that we needed to take a bold step, break from the past and build you a brand new service from the ground up."

It can be envisaged, that in the medium term the new service may be based on an office 365 engine capabilities, including new functionality to be present on the new version of windows 8, where it may include custom tweaks, improvements and social networking features.