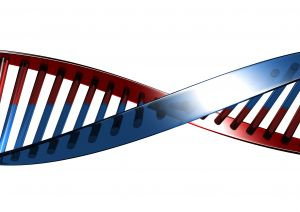 An impressive new development in terms of hardware technology has been implemented with success, it follows research work in the US by George Church and Sriram Kosuri of Harvard’s Wyss Institute for Biologically Inspired Engineering. It is called DNA Microchips, and the first experiment consisted of encoding a 5.27 megabit book using DNA sequences, subsquently the post-processing was able to read the book using DNA sequencing novel technique.  The new technology resulted in this experiment is that DNA sequencing can be used as an excellent alternative for hardware implementations of long-term storage of digital information.

Following this new experiment, it resulted a 1,000 times more data than has been encoded in DNA previously.  DNA consists of nucleotides, where each nucleotide can be used to encode two bits of data.  As a result, implementations of this theory are able to produce densities up to a 1 million gigabits per cubic millimeter, furthermore with a mere four grams of DNA in theory is capable of storing all the digital data created in one year. In comparison to current hardware technology, this new DNA Microchips are so much denser than any other current digital storage media which contain properties which allows data to be read thousands of years after they were encoded.