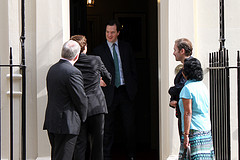 Today there was an exciting new support launch for start-up businesses that focus in technology and science innovation, it is named Silicon Valley Bank, and it is intended to help and support ideas, innovations and development including from all over Europe.  Phil Cox from Silicon Valley Bank stated: “We have seen a marked shift in recent years in our chosen niche industries’ activity within the UK.” He said the elements of an emerging and effective technology ecosystem were strongly emerging in the UK.

Furthermore, George Osborne, UK Chancellor also stated: “The news that Silicon Valley Bank is launching a full banking service in London is yet more proof that the UK is fast becoming the technology centre of Europe.” The location of the Silicon Valley Bank is at 41 Lothbury in the City of London UK. It was stated by Techcrunch that loans are available from £300,000 to £30 million business development and creation.