Facebook Calls To Compete with Airtime and Google+ Hangouts 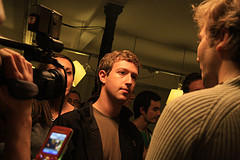 Following recent news, it appears that Facebook is now testing a new feature “Call” button  to be positioned at the top users profiles pages.  This is a recent new development following the video chat feature which was launched when Facebook partnered with Skype over a year ago.

This may interpreted as a strategy and a display of the competitive spirit of Mark Zuckerberg's following his own amazed photo posted on-line while testing Airtime's solution.  This new development does fall quite nicely in a competitive strategy in an attempt to outsmart Airtime, as well as a start to direct and address the growing popularity of Google+ hangouts.