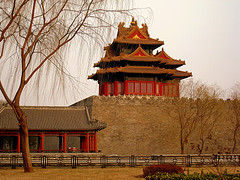 Social media in China is a growing concern from the authorities, its biggest microblogging service called Weibo (similar to twitter) will now incorporate behind the scenes code of which it executes functions to restrict the type of messages that are allowed be posted publicly. Furthermore, it is also expected that a credit scoring algorithm will also be embedded and results displayed, so that anyone with a low score face the possibility of their accounts being suspended or deleted. It is understood that users will start with a set number points as their initial metric which will then go up or down depending on their activities based on the rules.

This insight was first reported here The Next Web quoting  the rules from an anonymous group.

The restrictive rules appear to be these: