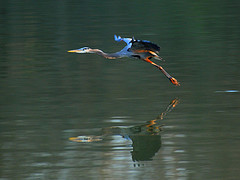 Most technological innovation starts on a published scientific paper. In today's context, its speed of innovation is slowing down due to mainly two factors. Firstly, the time it takes to publish a scientific paper. Secondly the amount of instant on-line publishing done by non-traditional media, such as: blogs, websites and many other various social media tools. On the second type of publishing the amount of data being published on a daily basis is tremendous and the lucky data that is picked up by relevant readers, in order to be thoroughly analysed and replicated can take many months, before being accepted as recognised science.

However, it has been envisaged that in the near few years, scientists will communicate almost instantly. As a result, distribution and access to information will be fast and as wide reaching as possible with little barriers to access. Recently, sites such as arXiv, Academia.edu, Mendeley,  ResearchGate and some in the UK have already instant distribution. In the case of the UK, the government is creating a bill which will allow access to science journals free of charge.

Following this new faster distribution scientific papers will be possible to become available to the world community in just one day. Therefore it can be assumed that scientific discoveries will have a better framework for quicker and better findings to benefit the world.