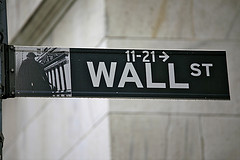 At present the financial model of Facebook relies on advertising revenue, as a result it can be argued that Facebook is better than other technology based companies, however other people also argue that in terms technological development the platform does not contribute to original scientific knowledge or discoveries, furthermore nor does it challenge sufficiently current technologists with new thinking and implementations.

Facebook as a business which has revenue solely based on advertising is highly dependent on external economic factors. In terms of global benefit it also does not contribute with any benefit to people in terms of their economic development, as most global companies tend to do.

Facebook is highly reliable on selling people's content, networks and all associated glorifications of which businesses are happy to be part of in order to further their own interests of reaching many people globally.  As a result it can be argued that the present value of Facebook on the stock market is a mere reflection of how people see it in terms of their own contributions and efforts on their facebook activities.

The main value generated from facebook may be the time spent by its users and their activities, which in terms of data it is highly valuable but not necessarily worthy of technology innovation, rather popular activities on a mass scale.

Facebook’s populism is amazing for a few selected people which run and own facebook, however for the vast majority of people around the world including economic development does very little apart from very cheap entertainment and time consumption.

To be fair, Facebook does allow people to network online by helping connections across the globe, subsquently a few years ago most facebook users would find it difficult to communicate in a social manner with distant people or even with people near you at convenient times suited to everyone's time schedules. Furthermore, users can meet new connections and broaden their knowledge about world society as well as learning and understanding cultural differences.

As Facebook is now listed publicly, a new wave may happen in terms financial returns for its owners, however its traditional market is based on users which prefer not to pay for things, rather be entertained and challenged on pretty things online which make them look engaging, sharing, popular and  little celebrities. This could quite the sort of users that do not like or understand too much of the financial market and are dubious particularly on the current world concerns for financial stability.