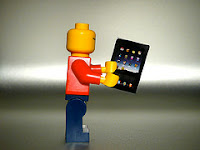 Following the new iPad release from Apple, this device seems to be under performing with regards to software HTML5 developers.  It follows the device's iOS 5.1 operating system add difficulty to HTML5 data storage, as well as not having the offering for HTML5 support, furthermore the internet browsing performance appears to be not better that the previous version iPad 2.

Some HTML5 tools vendors, have created and posted "HTML5 Scorecards" linked to the new iPad and iOS 5.1, and the results contain negatives and some positive outcomes.

"It's still the best HTML5 platform on the market"  "But we had hoped for a bigger advance than this [in the new iPad]. Instead, we're treading water and even slid back a bit. That's a little disappointing from Apple." Just some of comments made on the scorecards.

The new iPad Operating System no longer interprets data storage as persistent but temporary, as a result the iOS is capable to destroy the data stored at any time, without any warnings including during low memory scenarios, this is critical for developers when they develop applications to operate using localStorage or WebSQL.

This new lower performance capability directly relates to a subgroup of iOS apps named hybrid apps where they use embedded WebViews.  WebViews power HTML5 applications which are part of native packages, such as PhoneGap. These WebViews are a capability of all modern mobile operating systems.

One interpretation from this lower performance capability, could be that Apple is unable to reliably offer iCloud backup, or iCloud sync if the device does not store data in the native iOS CoreData storage.  Another possible assumption from this lack of  performance it may be that Apple introduced quad-core graphics processor and more memory, however it did not make memory faster.  As a result, images and graphic displays directly from the GPU takes more time and bandwidth in real time which the new iPad cannot perform at its best.