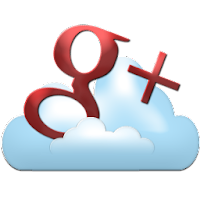 There is now a new design/interface version of Google+, featuring revamped navigation including drag-and-drop elements as well as actions that appear when hovering on items. Furthermore, there are new features to ease finding conversations and joining them. Also there are new profile pages, with a specific page just for Google+ Hangouts, among other tweaks and improvements. The new interface has the navigation to the side, where users are allowed to reorder features.

When hovering over each icon feature on the side bar, users are able to note related actions. There is now a new feature which designed as an icon called "Explore", which allows users to go to a page where it is shown trending and popular content.

The Google+ News Feed now features full photos and “conversation cards,” for which there is a better visual borderline between each post. Furthermore,  all activity from content is available below the shared items in a drop-down box.

Hangouts, have also been improved, which includes a specific page where it includes lists of Hangouts invitations from added contacts. It is now  easier to access to live and public Hangouts which a rotating billboard showing popular Hangouts.

The new profile pages have now bigger photos, with a new chat list in the sidebar.