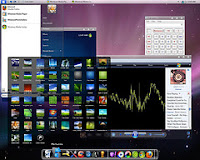 As Windows 8 is almost already for a big release, Microsoft announced that is inviting volunteers on a feedback program unfortunately at present only for users that live in the United States. The lucky users, provided they meet the program requirements will receive “free software and Xbox games such as Microsoft Office 2012, Kinect Disneyland, and Forza Motorsport 4.”

Following the announcement, the Microsoft communications manager Brandon LeBlanc stated that the program is not a channel to submit bug reports as it currently is processed on beta products rather to help Microsoft “build better software by getting a broader understanding of your perceptions and experiences with our products.”

This is not new or original, as the Windows Feedback Program is in operation for many years now. However, the main difference here is that this invitation is solely targeted at Windows 7 and 8 users. This approach by Microsoft may well have to do with the Windows 8 new features and User Interface, as these will require fine tuning in a large scale to ensure this new edition of Windows is less of a culture shock on the general and traditional users due to its innovative look, feel and cross platform compatibility hardware. Let's hope the program comes to the United Kingdom too.