Why RSS Auto Posts on Social Media is Wrong 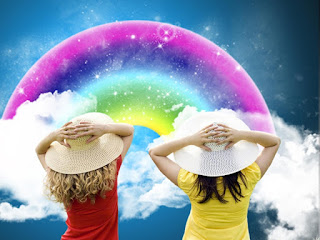 Businesses are now noticing and starting to invest more on social media marketing in 2011, however not all are embracing the new media seriously or following the correct procedures in order to gain the most from this growing people phenomenon.

Many are still cautious and require much beginner's experimentation before accepting and understanding its full potential.  The good news is that now social media is winning over skeptical marketing executives and traditional methods for promoting, engaging and developing enterprises. Currently many businesses are expanding budgets for social media not because they understand the ROI, but because they appear to be trendy on their eyes.

Many so called wrong reasons and preconceptions still exist, particularly when it comes to increase investment on social media.  A few years ago, YODspica was one of the first companies in Wales to fully embrace social media.  As a result, it has become a Leader as well as a content provider and inspiration for many businesses and individuals.  If follows that the many wrong reasons businesses use social media typically include: running a few trials occasionally,  auto posts on twitter and facebook using RSS feeds from non related news corporations (just tricking readers and increasing their posts count without actually producing any valuable own content or effort). Furthermore,  by allowing inexperienced and temporary staff become the face of the business,  hope for the best with no idea of what the best content may be to produce.  Subsquently, a reliance on so called "experts" which in turn talks and training events  are produced as way to educate users, however as result most speakers tend give an image that social media is something which needs to addressed scientifically with no scope for error for most businesses and individuals.

One of the few right reasons that many social media long term users say, is that mistakes which appear to be "silly" is something perfectly acceptable and that perfection posts are something contrary to the whole social media concept.

Finally, other wrong things tend to be the case where many social media business websites charge users,  in order to allow users to leave their comments on published posts, create blogs or even participate at forums, in this case these businesses are not being "social" rather taking financial advantage by denying users to participate as opposed to the well know freely available to the masses i.e. Facebook, Linkedin and Twitter.